Discipleship Essentials is a tool to assist the growth and multiplication of disciples of Jesus... Read more

DR. GREG OGDEN, CHAIRMAN OF THE BOARD 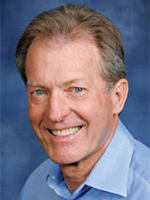 Greg Ogden is a retired, or better yet, “redeployed” (as of March, 2012)  professional church leader. He now lives out his passion of speaking, teaching, and writing about the disciplemaking mission of the church. Most recently Greg served as Executive Pastor of Discipleship at Christ Church of Oak Brook, IL. in the Chicago western suburbs. From 1998-2002, Greg held the position of Director of the Doctor of Ministry Program at Fuller Theological Seminary and Associate Professor of Lay Equipping and Discipleship. Prior to coming to Fuller, Greg enjoyed 24 years in pastoral ministry. In 2015 with Ralph Rittenhouse, he launched the Global Discipleship Initiative. Read more… 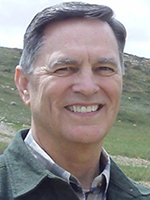 Ralph Rittenhouse, pastored Camarillo Community Church in southern California for 32 years (1983-2015).  As early as 1968 he was ordained to preach by Olympia Baptist Church. He received a bachelor’s degree in music from Florida State University and joined Campus Crusade for Christ in 1969, serving as City Director for High School Ministries in Atlanta, Georgia. In 1974 he moved with his wife and children to southern California and served as Director of Campus Crusade’s  (CRU) Music Ministry. In 1983 he received a Master’s in Biblical Studies from Grace Graduate School of Theology.  With Dr. Greg Ogden, he launched the Global Discipleship Initiative in 2015. Read more… 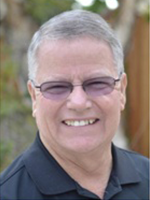 Joel Morris, born in San Diego, CA, graduated from Cal Poly Pomona University with a BS in Industrial Management. He served in Vietnam as an Army Medical Evacuation Pilot and then served as a Naval Aviator retiring at the rank of Commander after 23 years of combined active and reserve service. He worked 32 years for the Raytheon Company as Manager and Chief Pilot for the Flight Test Operations organization in the Los Angeles area. He has been married to his wife Rosemary for 44 years, and has seven grown children and fifteen grandchildren, a gift from God.  Joel is currently serving as an Elder at Camarillo Community Church and as volunteer staff for International Discipleship Ministries.  He also serves as Secretary of the Board for the GDI non-profit organization. 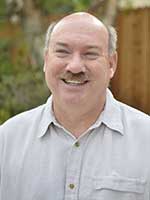 Jim Moyer serves as the Pastor of Discipleship and Family Ministries at Camarillo Community Church in Camarillo, CA. He joined the staff of CCC, starting his second career in July, 2003. Jim and his wife Gayle and family began attending CCC when they moved to Camarillo in 1994. Jim was born in Corpus Christi, TX and moved often growing up, eventually attending seven schools before graduating from Mission Viejo High School in Mission Viejo, CA. There, he met his future wife, Gayle Strecker. They were married in May, 1980 and had the privilege of raising four children. They now have seven grandchildren and are enjoying every moment with them.

Jim attended the University of New Mexico where he received a Bachelor of Arts in History in December of 1981. He was then commissioned an ensign in the US Navy and began a 20-year career as a Navy pilot, retiring out of Point Mugu Naval Air Station, CA in 2001. After retirement, Jim attended Fuller Theological Seminary in Pasadena, CA. He received a Master of Arts in Theology in June, 2003; specializing in Family Ministry and in Small Group Ministry. Jim states, “These are exciting times to be engaged in the ministry of discipleship, where I am able to help men and women join in community for the purpose of growing to be like Jesus.” Jim serves on the Board of Directors and as the Chief Financial Officer (CFO) for GDI. 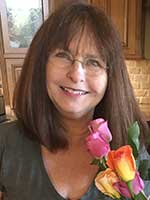 Cheryl and Joe Gillaspy have been married for 38 years, have four grown children and six grandchildren so far. The two began as school teachers after graduating from Westmont College and then completing the fifth year program earning credentials in secondary education, Cheryl in English and Music, and Joe in Biology, Math, and Industrial Arts. Eventually, Joe left teaching and went into the manufacturing/sales sector and started his own sales rep business. Cheryl followed a call to fulltime ministry, was licensed. She served as a Worship Pastor for over 30 years, and served in Camarillo Community Church for the last stretch of her ministry years, where she and Joe still attend. Along the way, she gained a Master's in Music with an emphasis in choral conducting, and also a Master's of Organization Leadership from Regent University, Virginia Beach. Cheryl and Joe homeschooled their four children and established a homeschool support group, CASA Camarillo. They still support the group in many ways as they watch their grandchildren now being homeschooled. In their retirement, they also lead a children's master chorale which travels, performs, and competes. Cheryl has been discipling women throughout her years in ministry and homeschooling, and she sees the homeschooling lifestyle as a model for how she disciples women. That model is a micro group, where being intentional, using a curriculum, and living in transparency, are specific characteristics. Most importantly, making Jesus and the Word the center of life and learning, we call on the Holy Spirit to lead, guide, correct, comfort, and inform. Cheryl has served with GDI from its inception and is excited about the mission of reaching every country in the world with a disciplemaking ministry. 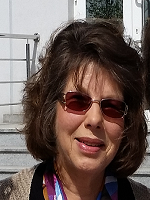 Bev Garcia is a skilled and experienced instructional designer, practicing over 20 years in the classroom as well as online and on-the-job training.  In her undergraduate years, she was active in the Navigators and CRU, learning basics of Christian discipleship. In 1992 and 1995, she earned two graduate degrees in Education: Instructional Design and Technology from The University of Iowa (Masters and Educational Specialist, to focus on training professors and teachers instead of academic research). She maintains a Certified Public Secondary School Master Teacher License in California in English Language Arts with certification in Special Education (Mild/Moderate Behavior Disorders) and a lifetime teaching certificate in Texas. She has taught in public and private secondary schools. 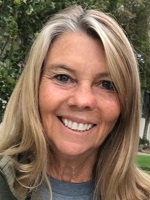 Reagan McCarthy has served on several boards over the years in both secular and faith-based organizations.  She has orchestrated large Christian Women’s speaker series in California and has served on her church’s Women’s Ministry Leadership Team for six years at Camarillo Community Church, putting together retreats, luncheons, and guest speaker events for over 100 plus women.  She also helps run her family's construction management company. Reagan has worked with disciplemaking groups using the materials from Dr. Greg Ogden for about 8 years.  She has found that making disciples who make disciples is very fulfilling and where God has called her to be. Reagan's key role with GDI is to bring about growth and development domestically, through events such as intensives with other churches in various states, assisting with GDI’s participation in conferences and Zoom conferences. Reagan has been married to her husband, Frank, for 33 years and has two sons, Andrew (21) and Ben (16). 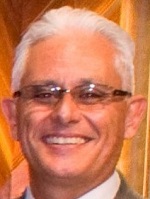 Dr. Dan Dominguez is a retired Navy Commander and Emeritus Professor of Management from the University of the Incarnate Word in San Antonio Texas.  In his role at GDI, Dan is using his extensive experience as a Navy administrator and as a Graduate Program Director to coordinate and administer an 16 month, cohort-based, program created by Dr Greg Ogden. The purpose of the program is to coach and mentor senior church and ministry leaders on their journey to become the head of a disciple making mission. The spiritual formation of leaders has long been Dan’s focus at the university and within the church. While serving as the lay-leader responsible for discipleship at his last church, Dan came across Discipleship Essentials in his search for an effective discipling curriculum. Already an advocate of using a trust-based, relational, small group approach to discipling, he realized that the Micro Group approach used in the Discipleship Essentials curriculum was the vehicle his church had been seeking. Later that year he attended the GDI Track at the National Disciple Making Forum in Nashville TN. He was hooked! He joined the first Online Cohort in January 2019 and there came to fully embrace the GDI Disciple Making approach.  To his great delight he was invited to join GDI in November 2019 as the Online Cohort Coordinator a role in which he is able to carry out his heart call of equipping leaders to fulfill their God-given role of making disciples who make disciples.

Dan grew up in Tempe, AZ and served in the U.S. Navy for 30 years. While in the Navy he was first an Electricians Mate (9 years) and then a Medical Service Corps officer (21 years). During his Navy tenure Dan earned a Management degree from Park College, a Master of Health Administration from Baylor University, and a PhD in Health Services Research and Management from the University of Iowa. Upon retiring from the military in 2003 Dan became a full-time faculty member at the University of the Incarnate Word (UIW) in San Antonio, TX. While at UIW he became the founding Director of the Graduate Program in Health Administration and was awarded Professor Emeritus status upon his retirement. 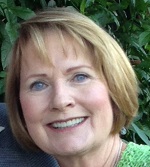 Claudia is a Tax Return Preparation Specialist. With continuing education courses, she remains knowledgeable of the current US tax codes and requirements. She and her husband Richard enjoy traveling and have been married for 26 years. 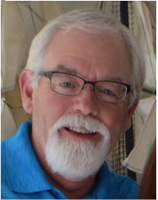 David Schanuel is semi-retired after 10 years in the insurance industry and 30 years in local church ministry. Since his conversion to Christ, Dave has invested his life in the local church. Fifteen years ago, while serving as lead pastor, David searched for a reproducible disciple-making process and discovered Greg Ogden’s Transforming Discipleship and Discipleship Essentials, with every year since, making and multiplying disciples. David celebrated his 40th anniversary with his bride Darla in 2021. They raised two sons in Kansas City, Missouri, and still resides there today.

He has served as lead pastor, education pastor, and currently serves churches throughout the Midwest, as an intentional interim pastor, through Manhattan Christian College. Dr. Schanuel received his Doctor of Ministry degree in 2010, from the Midwestern Baptist Theological Seminary after concentrated study and research on revitalizing declining churches. We equip, empower, and encourage pastors and leaders to create and foster a disciple-making culture by partnering with churches in the United States.